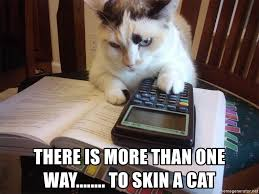 Everytime someone clicks on your ad you have an opportunity to monetize them. But as the famous adage goes, “there is more than one way to skin a cat click”. As such I am going to go through a few of the popular ideas as well as some of the off the beaten path ideas we know about. Because heck, in the ever competitive world of media buying, knowing a few extra tricks up your sleeves can be the difference between positive ROI or negative ROI.

#1 Get them to buy something

Probably the most traditional way to monetize your click. Using amazing copy to allure your clicker to part with their hard earned cash, because who wouldn’t want another tactical flashlight, right?

Seen one of these clickbait titles and then proceed to scroll through a never ending barrage of slideshows that are littered with ads? Well that is “traffic arbitrage” in which they’re trying to spoon feed you as many ads as possible, so that the revenue you generate from viewing ads is greater than their cost of your click.

You entice your clickers with the promise of a “free ebook” or a sweepstakes competition so they will give you their email addresses.

Heck, I could probably start an article on “more than one way to skin an email” so let’s not start. But anyhow, you get the idea.

If you don’t know about this already you might be living under a rock as it is one of the fastest growing segments of media buying in 2019.

Similar to the email collection process above, except you collect push subs and can monetize it in a similar way. Only caveat is that it only works for Android phones at the moment (or any desktop).

But actually phone numbers can be used for SMS and callbacks. Whilst physical address can be used for snail mail (yes, these still exists). There’s definitely a demand for this type of information (assuming you can resell them).

Any good marketer will know about retargeting and using pixels to build these campaigns. What isn’t as common is the idea of actually reselling this information.

So, say you’re running an ad to collect emails with a weight loss lead magnet. What you can do is place a pixel on your page so that you can retarget them with an ad on Facebook if you wanted to. But what you can also do is then rent this out to a 3rd party, such as someone selling a weight loss diet, so that they can run targeted ads to your audience or create lookalike.

Not the most cookie cutter way and also requires more work, but if you’re driving a lot of volume, every ROI increment helps.

So the click came in and did what you want, such as leave their email, but what now? Are you going to just say “thank you for subscribing” and let them ride off into the sunset? Hell no.

You should try to send them to another offer, or sell the traffic off to someone else, or to a remnant traffic source which leads me into…

You set up an ad for US and somehow a click from Mexico came in – it happens. You can either send them to your standard funnel (where you’re trying to collect emails of US people) or you send them to a service that monetizes remnant traffic. That way, the one click that was originally -100% ROI might just become -90% ROI (it adds up).

Same concept goes for repeat visitors as well (since you don’t need the same email twice).

As cats have nine lives I thought nine ideas would be a good place to end this on (also I’m submitting it this for the Binom contest as well which is limiting to 5000 characters which I am also reaching).

My final two cents would be to try and get a good tracker that can help you track all these methods. Pretty sure there isn’t a single tracker that can track everything, but a good one can definitely make life a lot easier (and there are plenty of creative hacks you can deploy to work around these issues).

That’s all from me – until next time.

Signup for my Newsletter

If you like sushi, want to read more of my random musing (mostly about digital marketing) then subscribe now.